The book of Esther is named for the woman hero in this story.  Esther does not contain God’s name mentioned.  Neither does Song of Solomon.

How the world records history versus actual history.  Esther and Mordecai rise to the very top of the food chain politically in a massive empire.  Yet no run of the mill, mainstream, archeologist or historical scholar can find any evidence of them.  Kind of like Egypt who has no history books about the Red Sea crossing and can’t seem to find any information supporting it.  Joseph, second to Pharaoh in Genesis, according to secular history doesn’t exist.  Daniel, the most prominent politician in one of the most powerful empires in the world, yet according to historians his existence is questionable.  And we can go on and on.  So what you have is history recorded in the Bible and an alternate history promoted by unbelievers.

This is the original Cinderella, Snow White, type story.  Esther contains deep state conspiracy, genocide, a climactic twist of events, an orphan turned unlikely hero, a global beauty pageant, great wealth, deposed queen, and tragedy turned to triumph.  So the fairy tale themes that have been retold by authors of books and portrayed in movies are Biblical themes that connect to human emotion.  Where the textbooks can’t find evidence of real history, the fairy tales keep the stories going.  Can you imagine a historian who can’t figure out who the queen of Persia was at the height of its glory?  Either you really don’t know how to do your job or you’re a part of the cover up.  Either way, you’re unreliable.

Tonight we’ll begin with the state of Persia at its height as an empire.  See the fracture in the palace because of a scorning queen who soon becomes a deposed queen.  And we can learn something about discontent as it ignores all the blessings around it.

Now, very many sermons have been preached on why Vashti is a model of modesty because she refuses the king’s request.  But that reads into the story things that aren’t there and ignores what is plainly said.  Second, the contrast of queens Vashti and Esther show the victory of humility in Esther over the defeat of pride in Vashti.  It will be a contrast of two queens. 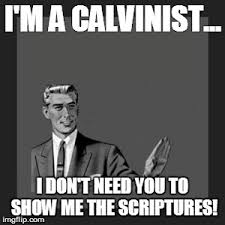