Memucan understood there are several things at work here.  He understood the times, he understood how influences affect people, he understood the nature of rebels, and he understood what the home should look like.  Memucan is wise because he sees this event circumspectly, that is, from all the different angles that are going to cause problems for the king.  So he addresses each angle in his wisdom.

Leaders have a bigger view than day to day operation.  Sometimes that’s good, other times you need to know details of day to day operations.  But when it comes to complaints about decisions leadership makes, it’s generally from folks who don’t see all the sides of the event that the leader sees.  They can’t see the thing circumspectly, the big picture so to speak.

He understood the times (vs 13)

He understood rebels (vs 19)

This piece of advice to curtail the rebelliousness of the queen will serve as the impetus and opportunity for Esther to rise to the throne.  It’s the first in a series of providential events that leads to the salvation of God’s people. 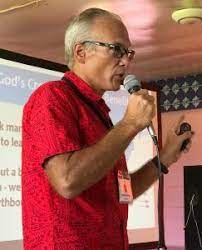