Paul is describing a mentality.  It’s the backbone and resolve to just keep going regardless of the opposition.  You may lose with it, but you won’t win without it.  Carnality makes for spiritually soft people: wimpy, governed by their emotions, easily offended and very proud.  They don’t last, wear out, choose the path of least resistance, and won’t endure sound doctrine.

Inevitability of the fight

Implications of the fight

Instilling advantages for the fight 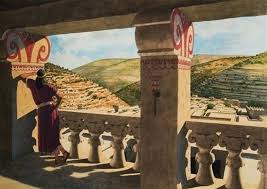