When David sinned with Bathsheba and ordered the death of her husband, Uriah, although David repented when the prophet Nathan confronted him, he set in motion a series of devastating consequences. David’s oldest son, Amnon, raped his half-sister, Tamar. Tamar’s brother, Absalom, took revenge by murdering Amnon. Absalom fled into exile for several years, but later was permitted to return. But after his return, David refused to see his wayward son for two years. The resentment built and Absalom began to court the disgruntled people in the kingdom, offering himself as a more sympathetic leader than his powerful father was.

Finally, Absalom pieced together a strong conspiracy. Even adding Ahithophel, Bathsheba’s grandfather, who was David’s chief of staff, set out to gather an army against David.  David realized that to survive, he had to flee the capital immediately with all of his supporters and their families. All of his servants and their little ones hastily grabbed what they could and took off towards the wilderness. David followed them, weeping, and walking barefoot with his head covered in shame. To add insult to injury, a man named Shimei, from the family of King Saul, came out as David passed by. He cursed at David, threw stones at him, and accused him of being a worthless man who had brought about his own downfall by being a man of bloodshed.

On top of that, Ziba, the wealthy man David appointed to take care of the handicap Mephibosheth, tells David that Mephibosheth has turned to support the house of Saul against David.  This after David showed Mephibosheth tremendous grace.  After David tells Ziba to do as he sees fit, Mephibosheth meets David and explains that Ziba has tricked both David and Mephibosheth.  David is completely exhausted by this time, so he tells Mephibosheth that whatever is done is done.

Now this is the context that David writes this psalm or song, which is also a prayer.  And you’ll find the right kind of music often acts as a congregational prayer. 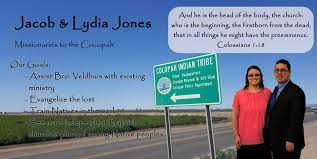