Are you familiar with any of these national characteristics?

The most famous Moabite in God’s book is Ruth.

The most infamous man from the area is Judas Iscariot (Kerioth).

What was it that made Nineveh repent and God bring forth an old testament style revival?  Hint, it wasn’t preaching on revival. It was understanding God’s hand of judgment was imminent.  And taking the text we have before us, I’d like to show the characteristics of a nation with God’s hand of judgment over it.  My hope is that we would get serious about honoring God with our lives.

Notice Amos 2:2 …and Moab shall die…  You’ve never met a Moabite.  You’ve never heard of Moab on the news.  Because God said Moab shall die and within a few generations of Amos preaching this message Nebuchadnezzar destroyed what was left of Moab and Moab ceased to be a nation.  Moab existed for 200 years after Amos preached this, without the help of God, simply waiting on God to slay their nation with another nation.  Moab was waiting to literally become history. Listen to these verses.

Jeremiah 48:2, 18, 42 …come, and let us cut it off from being a nation… 18 …for the spoiler of Moab shall come upon thee, and he shall destroy thy strongholds… 42 And Moab shall be destroyed from being a people, because he hath magnified himself against the LORD.

Zephaniah 2:9 Therefore as I live, saith the LORD of hosts, the God of Israel, Surely Moab shall be as Sodom, and the children of Ammon as Gomorrah, even the breeding of nettles, and saltpits, and a perpetual desolation…  Do you know what the land of Moab looks like today?  Dessert.

Let’s now consider the deathbed of a nation and characteristics of its final breaths.

Dishonor all history relating to the God of the Bible

National self righteousness in the face of God

Now, if this is what the death of a nation looks like, how about the chastening hand of the Lord for any of these spiritual characteristics? 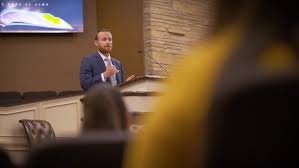