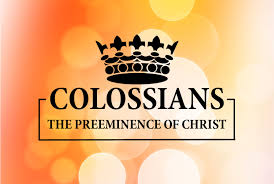 This verse reminds me of the BEWARE OF DOG sign. Beware means there is an imminent danger. Philosophy is a legitimate threat according to the Holy Spirit of God. It’s not limited to intellectuals.

In Acts 17:16 Paul runs into philosophers at Athens. They represent the two ends of the philosophical spectrum – the Epicureans and the Stoics. We’ll explore one philosophy tonight to see how seductive it is and how much of it you probably already believe and live by. So when the Holy Spirit of God through Paul says BEWARE of philosophy, he’s not talking about some college class most people sleep through. He’s talking about a real way of thinking about things that is a threat to you pleasing God.

The Art of Happiness

The spoiling of God’s people

The solution is Christ