In 1 Samuel 11:14, after the Israelites defeat the Ammonites, Samuel says let’s go to Gilgal and renew the kingdom there. This chapter – 12 – is the sermon Samuel preaches to renew the kingdom. He doesn’t laud Saul though, or lift Saul up. Samuel instead reminds Israel that God was their king when they demanded that Saul be their king. This sermon serves as a fork in the road for Israel after a very bad political decision. The application comes at the very end of the chapter so we’ll move through the chapter quickly to get to the applied verses.

Intimidation by the enemy (vss 1-3)

Identifying the source of strength

Companions in the face of opposition (vss 26-27)

The day begins as everyday in Saul’s house. Saul wakes up and has a list of farm chores to do. Maybe breakfast, maybe not? Saul is starting his day when his dad, Kish, says some of the donkeys are loose. Kish tells Saul to take someone with him to herd the donkeys. Now, I’m going to stop here and point out the irony the LORD provides. Israel has become stubborn as a mule. They demand a king because they reject the LORD. So the LORD makes sure the man Israel is looking to rule them, Saul, is trying to herd a bunch of stubborn donkeys. Much like he will try to herd a stubborn nation. He will be unsuccessful at both.

Saul has no leadership qualifications, just physical attributes to go off of (vss 1-10)

In our text, we are 1,100 years before the King of the Jews, the King of kings, the Lord Jesus Christ will become a man. At this time the Word, Jesus Christ, is ruling the nation of Israel as a heavenly king. Israel has been birthed, guided, protected, and helped from her king in heaven. The heavenly king, Jesus Christ, has sent prophets and laws and mighty works to shepherd his nation. But Israel’s king has not yet appeared in person to His nation.

This chapter serves as a pivot point in Israel’s history that forever changes her course. This chapter in the Bible is one of the most significant chapters in human history because the LORD changes His dealings with the nation of Israel.

Precious Words of the Lord

The ark of the covenant is the most important object in Israel’s life. The ark is where God met with Israel. The ark led Israel to the promised land. The ark was the platform for the voice of the Lord to lead Israel. After a couple hundred years in the promised land, Israel has gone after all kinds of other gods while holding the ark up as important. The priest Eli and his family were the ones responsible for the ark. But now Eli can’t see, he’s in terrible health. His children are unruly and profaning the sacred things of God. And the light in the tabernacle is about to go out. In that case Israel will be completely left to herself among enemies that hate her. But just before that happens, God calls Samuel.

Samuel is called three times and three times he thinks it is Eli calling for him. But on the third time Eli perceives that the Lord is calling Samuel. He tells Samuel to listen to the Lord. The word of the Lord and Samuel’s relationship to the word of the Lord is the theme in this chapter. The first verse describes the words of God as precious. This chapter shows why they were precious and shows that Samuel treated the words of God as precious.

Revelation from God is necessary (vs 3)

We could also call this chapter consecration versus corruption. Samuel is faithful as a child and stands in contrast to the vile priesthood of Eli and his sons; see verses 11 and 12. From a young boy Samuel served and was obedient even before he knew the Lord. There are three descriptions of the sin in the priesthood punctuated by statements of Samuel’s faithfulness. Notice verses 18, 21, 26 and even 3:1, 19. Samuel will restore honor to the priesthood in his time. Samuel will serve as a sign to Eli and his family that God will have a faithful priest. Ultimately Samuel is a type of Jesus Christ’s priesthood. And there are four descriptions of faithfulness in the service of God that apply.

Hannah faces one of the hardest days of her life and one of the most joyful days in her life as well! She is giving up her only baby boy to be raised as a priest for the Lord and she is going to see him once a year from here on. Hannah is so thrilled to be able to give her son to the Lord after the LORD has given her this boy.

What faith Hannah has that produces such joy! On the day of the greatest sacrifice she will make in her life, she doesn’t even see it as a sacrifice. She blesses the LORD for having answered her prayer and given her the opportunity to give back to the LORD.

Salvation is cause for rejoicing (vs 1)

Rock of ages is cause for rejoicing (vs 2)

Righteous judgment is cause for rejoicing (vs 3)

Victory over evil is cause for rejoicing (vss 4-5)

Eternal life is cause for rejoicing (vs 6)

Promotion from the Lord is cause for rejoicing (vss 7-10)

This chapter is about the birth of the preacher Samuel, but it starts with Hannah. We’ll see what led up to Samuel’s birth and the conditions Samuel’s mother lived in prior to his birth. Samuel’s ministry is one of the greatest highlights in the history of Israel. Samuel, as a prophet is a great type of Christ, and will show what a great influence a man will be if given to the Lord from childhood. 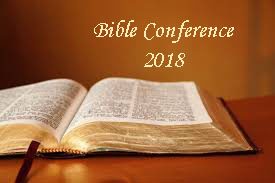 There are several things we can learn from the motherhood of Hannah.

Eli did not restrain his sons because first of all, it was inconvenient to do so

1 Samuel 1:9 Now Eli the priest sat upon a seat in the temple of the Lord.

Eli does not restrain his sons because of his career

This is a classic preached at a preacher’s conference years ago on the subject of loyalty.