Text: 1 Corinthians 12:1-3 The most carnal church Paul dealt with was also the most interested in spiritual gifts and perhaps even […] 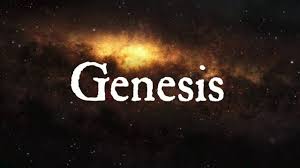